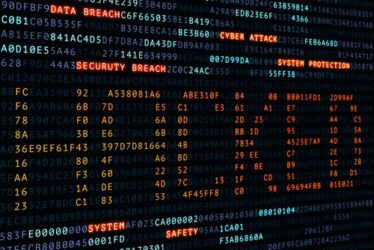 Financial cyber fraud is a concept which has become increasingly familiar to both individuals and companies in recent years.

Tales of misdirected funds and erroneous transfers plague the news and social media. Everybody could probably name at least one person who has suffered a loss or at the very least, a near miss.

As cyber criminals become increasingly sophisticated, funds can be moved out of the UK. Often the passage of funds traverses multiple accounts and the identity of the cyber criminal is not known.

This article will consider the legal options available to recover funds lost as a result of cyber fraud, particularly where the identity of the criminal/s is not known.

We will touch on the key considerations and seek to provide some insights into the legal toolkit which can be utilised to help your business in the event of cyber fraud.

As a lawyer, the strategy of those instructed and the willingness to embrace application of the existing Law to a modern fraud is evidence of the Court’s positive move forward to embrace change in the face of modern technological advancements.

The Factual Matrix of the Case

Once confident of their position, the cyber fraudsters caused the London Bank to pay out  in excess of 8million dollars to various accounts in 19 jurisdictions around the world.

Issuing a Claim and difficulties with identifying the Defendant

Most civil litigation cases involve a claim against a known Respondent. Whether it be Directorial disputes or contractual failures, we usually know who we are acting against.

Of primary concern in the CMOC case was the lack of material information. Who had ‘hacked’ the accounts, where had the money been sent, where was its ultimate destination, who had assisted in the fraud and were there any ‘innocent’ third parties whose accounts had been used without their awareness of the fraud.

The cross jurisdictional nature of the fraud meant that the well-known ‘Norwich Pharmaceutical’ application for information from a third party was not available to the claimant. Therefore, obtaining the details of the passage of the funds through the bank accounts was not possible through this route. The Bank was not allowed to divulge the information on third party accounts through which the funds had passed and so the claimant was no closer to discovering the identities of the parties involved.

Instead, the claimant company issued against ‘Persons Unknown’. It was a novel interpretation of Civil Procedure Rules ( PD7 Para 4.1) and it was accepted by the Court that the inability to name the Defendant/s directly would not be automatically fatal to a claim.

Once the claim had been issued, the Court then agreed that worldwide freezing Orders and Proprietary Orders against a well-defined class of ‘Persons Unknown’ was proper in a cyber fraud scenario. Therefore, funds and assets of the unidentified persons were ‘marked’.  In logical terms to freeze the assets of parties unknown is a constructive nonsense. However, it opened up to the claimant another potential route to apply to the Bank for disclosure of the bank account details.

A ‘Shapira Order’ was granted; being a focus on the equitable right to follow the trail of the money. This, when coupled with interpretation of CPR25.1(1)(g), gave the claimant a legal basis to seek third party disclosure from the relevant Bank, despite the cross jurisdictional elements and the inability to access a Norwich Pharmaceutical Order.

The identity of some of those involved in the cyber fraud began to be discovered.

Basis of the Claim

Service of the Claim

Another interesting scenario flowing from the CMOC case is the innovative methods of service of the claim.

The Court relied on its broad discretion to allow alternative service.

Without considering in great detail the rationale behind the decisions, service in this case was permitted against named and ‘unknown’ Defendants via a number of methods including:

The new ground opened up by this case continued through to trial.

A Summary Judgment would not allow for recovery in other jurisdictions and so a ‘full’ Judgment was required. It was anticipated, however, that the cyber fraudsters would not be likely to attend a hearing; especially in the case of those parties as yet unidentified.

The Court adopted the position that should criteria from past case law be shown (such as proper notice of the claim) and should all the legal points be brought to the Court’s attention (including any prejudicial to the claimant) the Court would be prepared to make a determination on the basis of the evidence and in the absence of the Defendants.

Combinations of the claims were successful against the various classes of Defendant and the claimant was in a position to seek recovery across jurisdictions.

Comments on the Outcome

This case stands as evidence that the mechanics of cyber fraud and the ‘anonymous’ nature of this crime does not mean that a victim cannot seek recovery through the UK Courts.

The UK Court system does not always achieve the best press nor is it always viewed as a fast-moving engine in the face of modern advancements. However, a willingness to interpret existing rules and cases and apply the principles to evolving situations facilitates novel and agile legal outcomes as demonstrated within this case.

If you have suffered from cyber fraud, the legal structure is in place to seek to mitigate your loss and recover lost funds.

If you want to discuss any aspect of cyber fraud and recovery, please do contact our Dispute Resolution team on the below details.

Stay up to date with Rix & Kay

This website uses cookies to improve your experience while you navigate through the website. Out of these cookies, the cookies that are categorized as necessary are stored on your browser as they are essential for the working of basic functionalities of the website. We also use third-party cookies that help us analyze and understand how you use this website. These cookies will be stored in your browser only with your consent. You also have the option to opt-out of these cookies. But opting out of some of these cookies may have an effect on your browsing experience.
Necessary Always Enabled
Necessary cookies are absolutely essential for the website to function properly. This category only includes cookies that ensures basic functionalities and security features of the website. These cookies do not store any personal information.
Non-necessary
Any cookies that may not be particularly necessary for the website to function and is used specifically to collect user personal data via analytics, ads, other embedded contents are termed as non-necessary cookies. It is mandatory to procure user consent prior to running these cookies on your website.
SAVE & ACCEPT